The life and death of the Dark Templar

Why do Dark Templars deal so much damage? DoReapers sometimes use camouflage in order to surprise kill their enemies?

These are just some of the important questions that will be answered in this replay.

Rax in the mist

Don’t be that guy! What guy you ask? See this replay and find out

The origins of ‘The Circle of Cheese’

In this blogpost the topic of choice will be ‘The Circle of Cheese’. You might have heard about this phenomenon if you’ve watched the sc2cc commentary of the same name. If you haven’t – do not despair. Read on and you will learn all you need to know about this threat to the SC2 community. 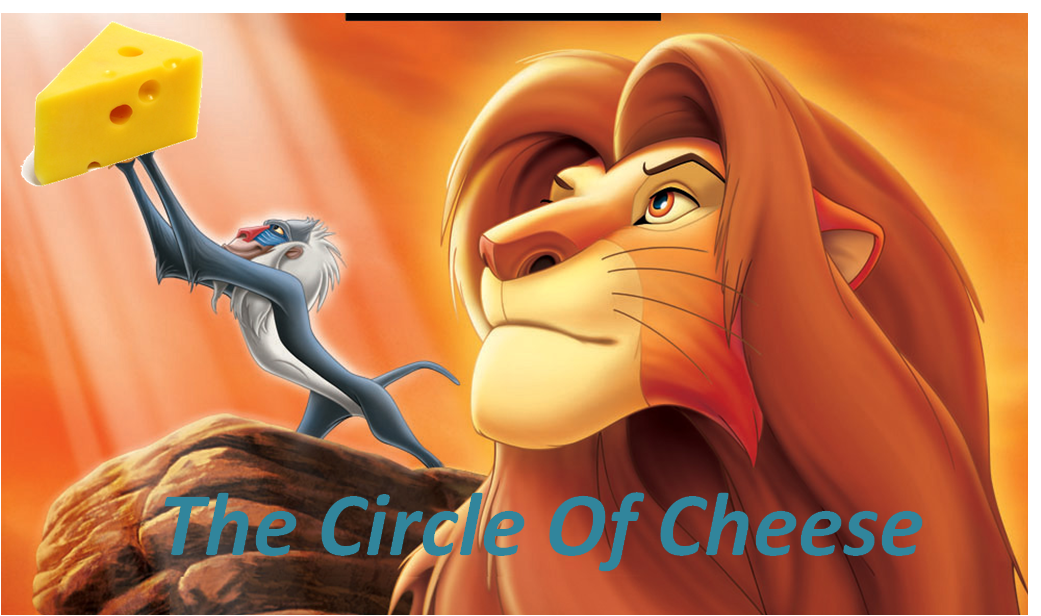 A long time ago some guy somewhere decided to try out a 6-pool zergling attack. Obviously this build goes all the way back to Starcraft 1, but as no one with any self-respect play that game anymore, we won’t explore that further. Let’s just assume that Idra was the one who started it all in Starcraft 2. Having practiced the 6-pool build meticulously (it’s a hard build!) he felt ready to try it out on the ladder.

The first ladder-game ever played in Starcraft 2 where the 6-pool build was utilized was on the Korean ladder against a polite 14-year old, well groomed, Korean fellow. Let’s just call him ‘Chin Ho’  (a name which roughly translates to ”Precious and good’). Chin Ho, having practiced long and hard, held the first place in his diamond league. He was sure that with one more win he would certainly advance to Master League – the first step to achieve the fame and wealth of idols such as BoXeR and Flash.  Oblivious to the abuse Chin Ho was about to be subjected to he started out with a happy ‘gl n hf’ (or the korean equivalent thereof). Like an unbreakable  Piñata filled with manners Idra responded with a ‘fu’. Chin Ho, never having been on the receiving end of english insults before assumed that this was a polite greeting and responded with a ‘ : o ) ‘ and the game was under way. After roughly 3 minutes of ingame time the first zerglings appeared on Chin Ho’s ramp. With a small frown on his otherwise rinkle-free face Chin Ho started  micro’ing his workers around to face the threat. Having never faced this strategy before he failed misserably and just before the obligatory gg (or X X if you will) yet another insult were hurled at the innocent Chin Ho in the form of a, not very inspired, ‘noob’.
After having lost the game Chin Ho browsed a bit on the net to find translations of the english words he did not understand during the game, and even though Chin Ho was a mellow guy with a gentle nature this was a bit too much to handle. Feeling frustrated and alone Chin Ho decided there were only one thing to do. If he would ever have any hope of achieving the exalted state of Nestea and MarineKing he would have to employ the obviously winning 6-pool strategy himself…

And thus began the circle of cheese. Even though this particular circle have most likely been completed, since Idra have presumably been cheesed by someone who got cheesed by some guy, who lost to Chin Ho, new circles of cheese are being started all the time. Now you might be thinking “well – what´s a little cheese here and there. Why is this a problem apart from being a minor annoyance”. I’ll tell you why. If we take a look at some statistics regarding the circle of cheese this is what it has let to – and what it will lead to in the future.
Since the first cheese after the Starcraft 2 release in the end of July 2010 this is what it has come to: 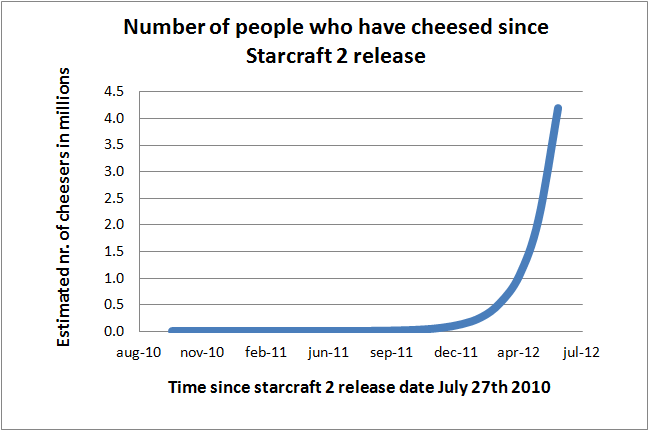 Sure it started with just one guy but if each player who got cheesed subsequently cheesed another guy, and this happened every time someone got cheesed then by now every Starcraft 2 player have cheesed at least once. This is not the worst part though. If we look at the frequency of cheese it starts to get really scary. 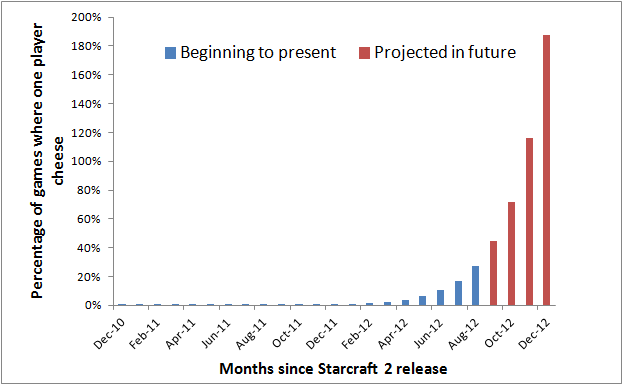 Of an estimated 40.000 games of Starcraft 2 played each day by now 38% of the games contains cheese of one sort or another (just think of every time someone tells you you are cheesing). Or for that matter, that you are told you are a noob (this usually happens when you are winning – and when you are a noob who wins the only logical conclusion must be that you are cheesing).
If we extrapolate the data we have now we reach an alarming conclusion. By mid december 2012 for each one game of Starcraft 2 played two games will be won by a cheesing player (because let’s face it – cheese always wins). Just think about it (I didn´t).
In conclusion – the next time you are thinking about skipping drones and going straight to pool, or building a proxy gateway, you might wan’t to reconsider…

The Circle of Cheese

What is The Circle of Cheese? Find out in this replay.

Beyond Barcraft – a tale of grief and woe – in Starcraft and in life (p.1)

Earlier that day my friend accepted my invite to join a party – we wanted to start out with some nice 2v2. We popped open the first couple of beers in the afternoon at my flat – a standard 1 beer opening, nothing too greedy. Like a SC2 2v2 we were in total control of our common main base from the get-go. We soon decided to expand to a nearby bar however…. and it all went downhill from there.
The thing is. It seemed like a perfectly reasonable plan. You start out with a safe 1-beer expand and then move on to a defensive one-drink build. At this point a couple of old friends from high-school turn up and suggest that you make another expansion and start transitioning into mass shots tech. It seemed like a good idea at the time but now you don’t know. It’s a bit unclear what exactly happened (maybe lack of scouting?) but the fact of the matter is that all the shots are now gone, you’ve got no drinks left and some very intimidating tattooed guys with long greasy hair are approaching you. They obviously played for the long macro-game, having taken a lot more expansions than you, and although it might be the effect of the alcohol you are sure broodlings are spawning around them left and right…..

You get what we’re aiming at? Beyond barcraft is about the similarities of a night out in town and a game of sc2. In the near future it will become clear exactly how much the two have in common. Stay tuned for more updates, builds and strategies in Beyond Barcraft – a tale of grief and woe

Leave a comment | posted in ‎SC2, Life & Everything, Beyond Barcraft

A Gentlemans Guide To SC2

Are you a gentleman? Even when playing SC2? To find out if you are a real gentleman take a look at this gentlemans guide to SC2…